Overview of hydrological situation of February 15, 2021

As of February 15, freeze-up is observed on the rivers of the country with a thickness of 7-32 cm, in some places in the ice cover polynyas are noted.
On the reservoirs Vileyskoye, Chigirinskoye, Zaslavskoye, Soligorskoye, Krasnaya Sloboda, lakes Lukomskoye, Drivyaty, Naroch and Chervoneye, there is a continuous ice cover with a thickness of 25 cm to 34 cmOn the rivers, a decline in water levels prevails, a small (1-18 cm per day) increase in water levels is noted on Viliya near the village of Steshitsa, Dnieper near Rechitsa, Berezina near Bobruisk, Sozhe near Gomel, Pripyat on the Petrikov - Mosyr site, some of their tributaries, as well as individual tributaries of the Western Dvina and Neman.
The water levels exceed the marks of water outlet on the floodplain on Viliya near the village of Steshitsy, the Dnieper near the town of Loyev, the Berezina near the town of Svetlogorsk, the tributaries of the Pripyat rivers Sluch near the village of Lenin and Ptich near the village of 1st Slobodka.
In the coming days, an increase in water levels will prevail on the rivers in the south and South-West of the country, on the rest of the rivers there will be mainly a decline in water levels and their even course. No significant changes are expected in the ice regime of rivers. 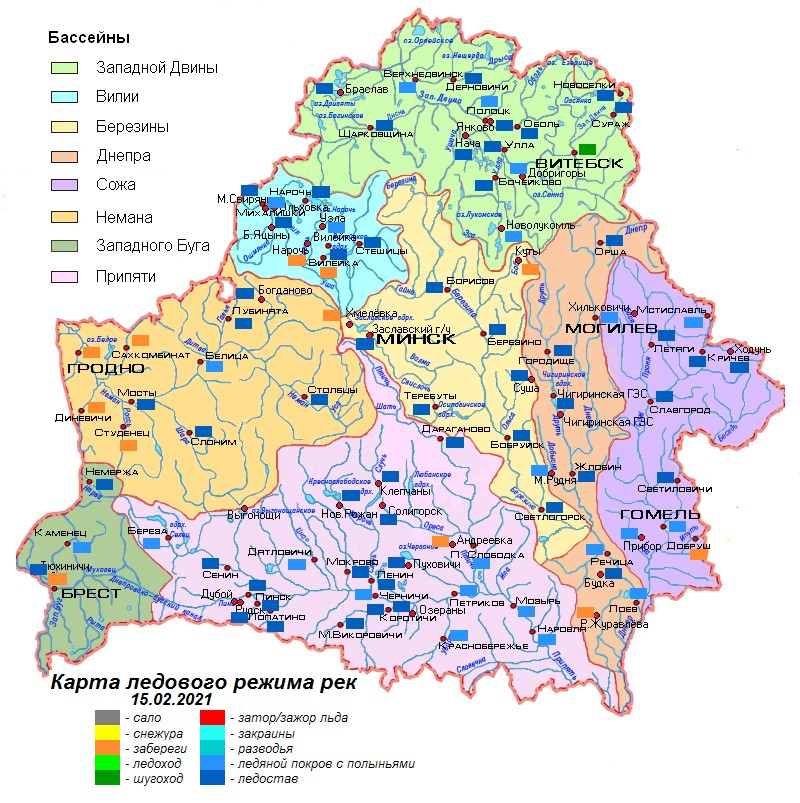