The average air temperature of the spring season of 2022 was 6.2°C, which is 1.1°C below the climatic norm. The past spring season took only 78th place in the ranked series of observations from the coldest to the warmest season since 1881. 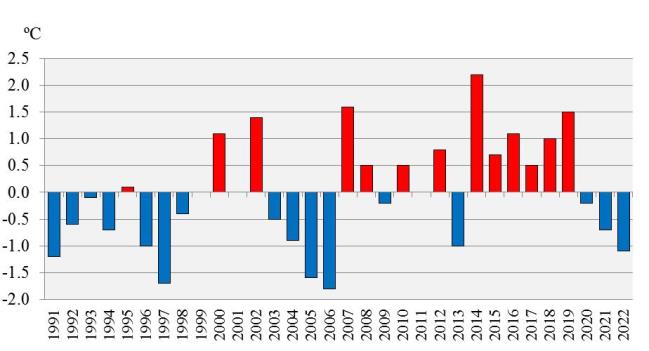 Deviation of the average monthly air temperature of the spring season from the climatic norm (7.3 °C) in the Republic of Belarus
For the most part of the country, the negative anomaly of seasonal air temperature was in the range of 1.0-1.5 ° C. 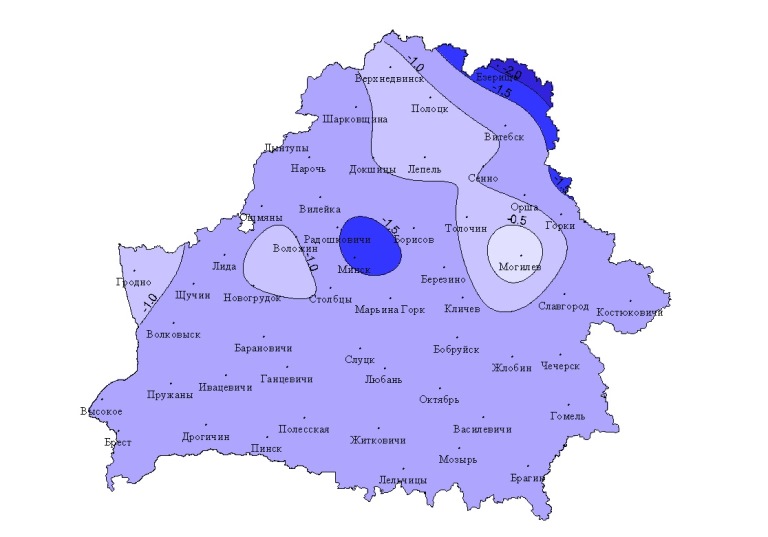 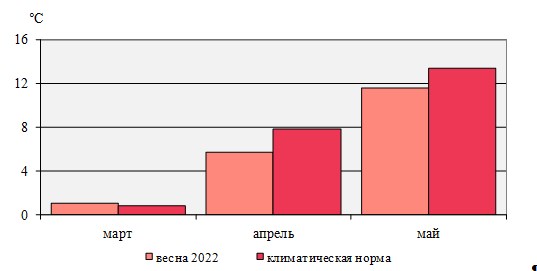 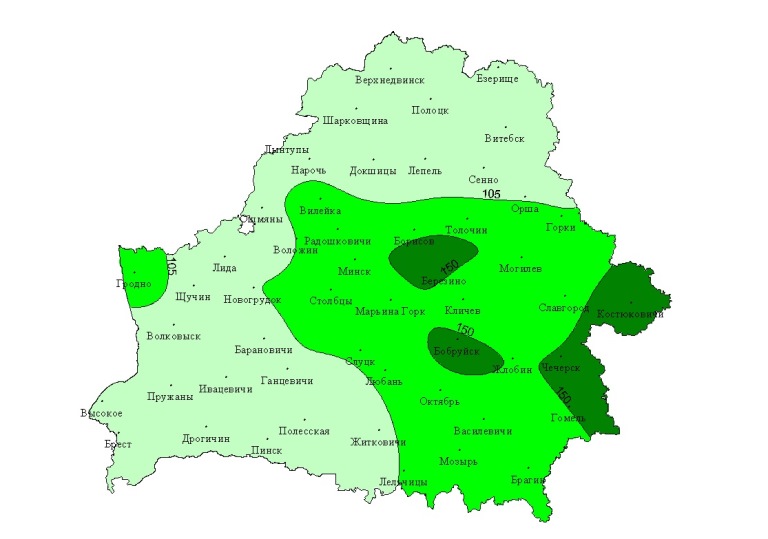 Deviation (%) of the monthly precipitation amount for the spring season from the climatic norm on the territory of Belarus
In the regional context, the largest amount of precipitation was observed in the territory of the Mogilev region (196.7 mm or 144% of the norm of the season). The smallest is in the Vitebsk region – 111.7 mm or 80% of the norm. 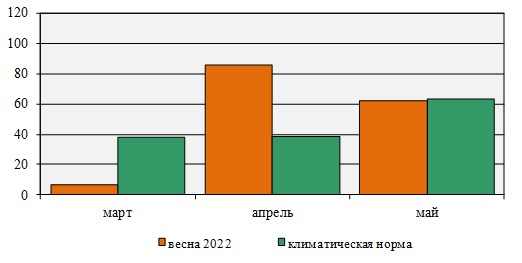 Precipitation and climate norm by months of spring 2022
In the spring, precipitation fell mainly in the form of rain, at the beginning of the season mixed and solid precipitation was also observed. In the first decade of March, the snow cover was mainly maintained over most of the territory of Vitebsk and Mogilev, as well as at individual observation points of the Minsk and Grodno regions. In the rest of the territory, the presence of snow cover was episodic. In the second and third decades of March, the destruction of the snow cover continued, but due to cases of snowfall at the end of the month, snow cover with a height of 0.1 cm (Vileika, Yezerishche) to 5 cm (Orsha) was observed in some parts of the country. The complete destruction of the snow cover on the territory of Belarus took place in late March – early April.
Throughout the spring, an increase in wind speed with gusts of up to 15 m/s and more was noted everywhere, in places reaching the criterion of a dangerous hydrometeorological phenomenon (25 m/s and more). The maximum wind speed for the season was registered at the Klichev station on May 12 (31 m/s).
When using the information reference to Belhydromet is obligatory