The average air temperature in Belarus for June 2022 was 19.0°C, which is 2.0°C higher than the climatic norm. June of this year entered the 10 warmest first summer months, taking 7th place. 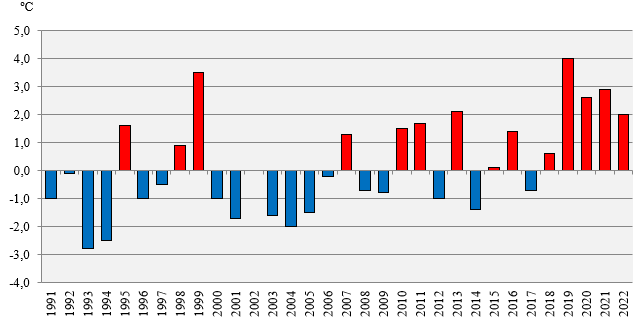 Deviation of the average air temperature in June for the period 1991-2022 from the climatic norm (°C)
A positive anomaly of air temperature was observed throughout the country, which was mainly in the range from 1.0 to 2.5°C. The largest positive deviation from the norm was noted in the east of the country at the Mogilev station (3.5°C). The smallest is in the north-east at the Yezerishche station (0.8°C).
In the regional context, the highest values of positive anomalies of the average monthly air temperature were noted in the Mogilev and Gomel regions (2.2°C), in the Vitebsk region the deviations were the smallest (1.6°C). 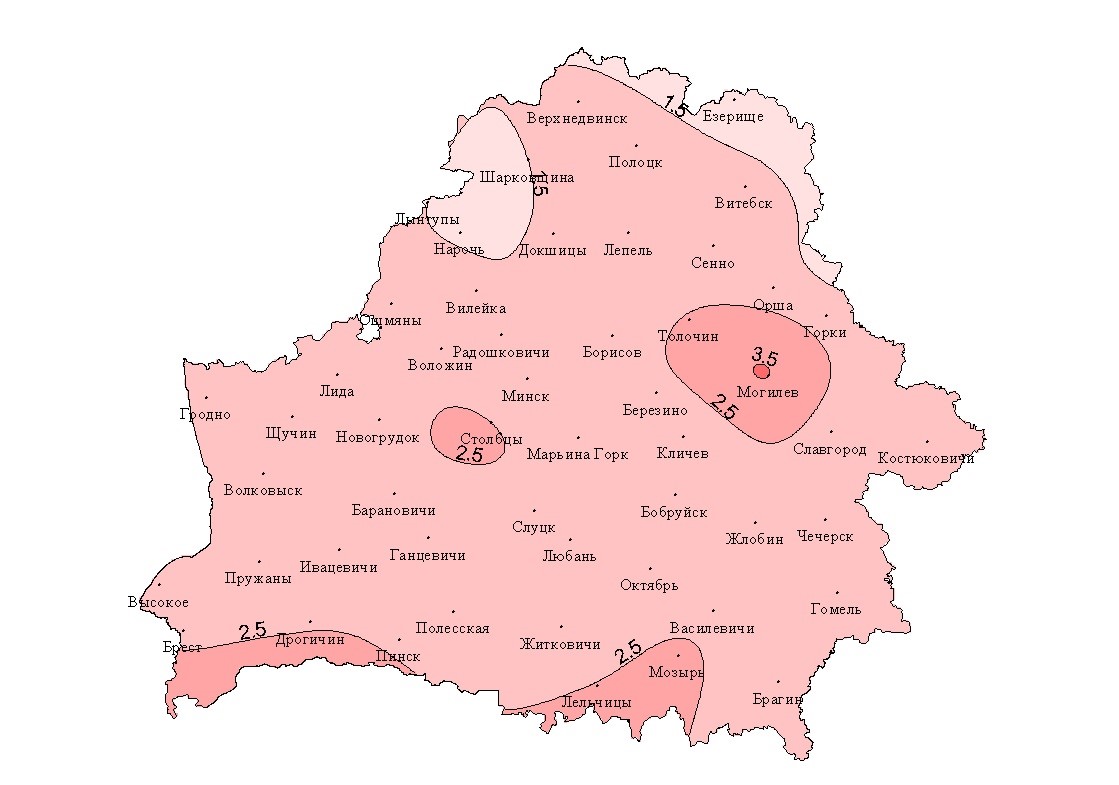 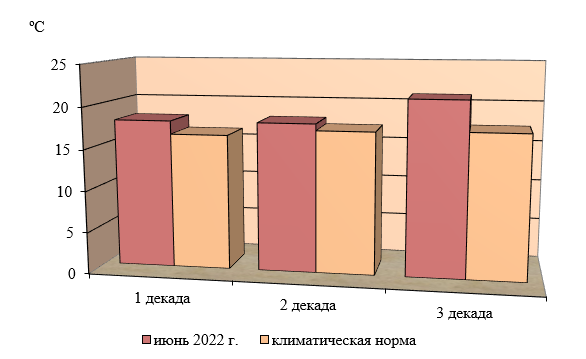 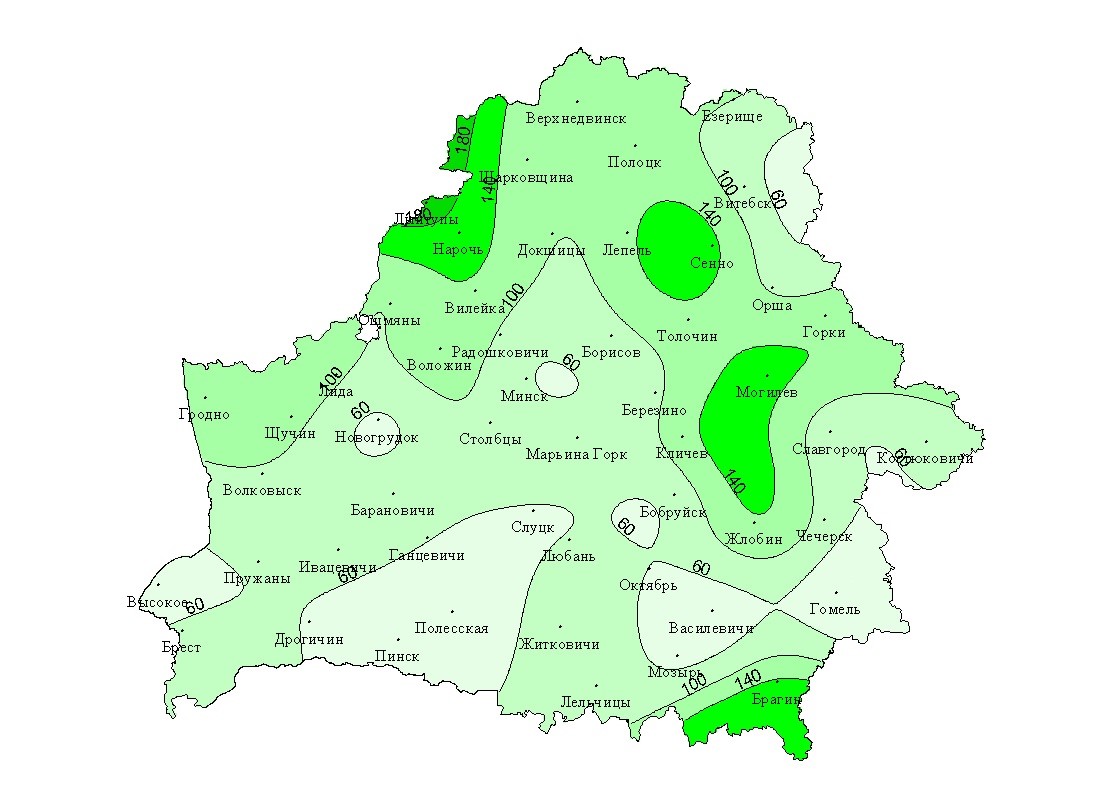 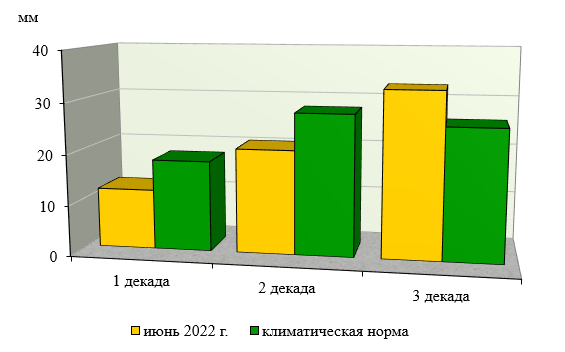 Precipitation and climatic norm for the decades of June 2022 on the territory of Belarus
Precipitation fell in the form of rains. Thunderstorms were observed everywhere, hail in some areas, fogs at night and in the morning.
On the territory of the country, there was an increase in wind speed with gusts up to 15 m/s and more. The maximum wind speed for the month was registered at the Bragin station on June 29 (28 m/s).