The average air temperature in Belarus for August 2022 was +20.8°C, which is 2.8 °C higher than the climatic norm. August of this year repeated the record of the last summer month of 2010, which became the warmest in the history of meteorological observations. 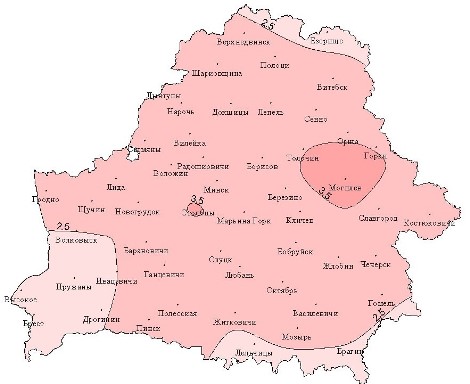 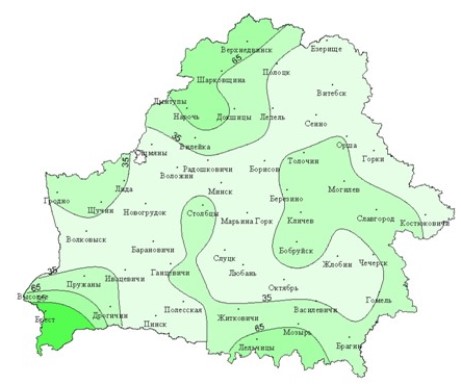 The amount of precipitation for August 2022 and the climatic norm by regions and on the territory of Belarus
During the month, the humidification conditions were uneven: during the first decade, 80% of the norm fell on average in Belarus, the second and third decades were dry (21 and 9% of the norm fell respectively). In the second and third decades, prolonged rainless periods were observed in most of the country (periods of at least 10 consecutive days with daily precipitation totals of less than 1 mm).

The amount of precipitation and the climatic norm for the decades of August 2022 on the territory of Belarus
Precipitation fell in the form of rains. Thunderstorms were observed everywhere, fogs at night and in the morning. On August 13, a hail with a diameter of 6 mm was recorded at the Gantsevichi station. During the month, the strengthening of wind speed in gusts of up to 15 m/s and more was noted throughout the country. The maximum wind speed for the month was registered at the Ivatsevichi station on August 13 (20 m/s).
When using the information reference to Belhydromet is obligatory