Deviation of the average air temperature in April for the period 1991-2022 from the climatic norm (7.8 ° С)
A negative anomaly of air temperature was noted throughout the entire territory of the country, which was mainly in the range from -2.7 to -1.0°C. The largest negative deviation from the norm was noted at Baranovichi station (-2.9°C). The least - at the Mogilev station (-0.8°С). 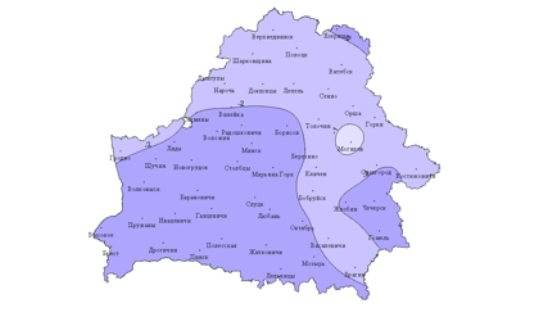 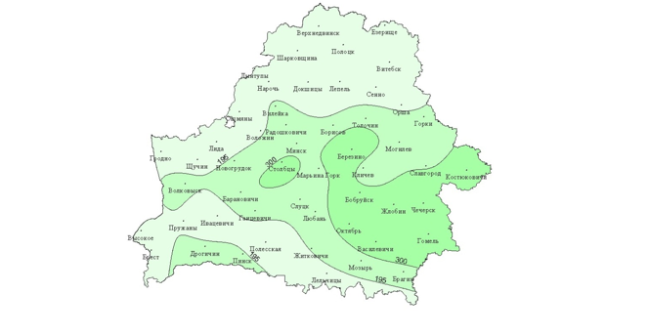 Precipitation in April 2022 and climate norm by regions and territory of Belarus
During all three decades of the month, 200% or more of the ten-day rainfall fell.

Precipitation and climate normal for ten days of April 2022 in Belarus
Precipitation fell mainly in the form of rain. Fog, thunderstorms and hail were observed in some areas, at the beginning of the month - ice, on the roads - sleet.
Throughout the country, there was an increase in wind speed with gusts of up to 15 m/s or more. The maximum wind speed for the month was recorded on April 8 at Polesskaya station and amounted to 23 m/s.
When using the information, reference to Belhydromet is obligatory