Average air temperature in July was +17,1°С across Belarus that is 1,3°С below climate normal. The largest negative deviations from climate normal were registered in Vitebsk and Mogilev regions (-1,8°С on average across the region), the smallest – in Brest region (-0,6 ºС). Such temperature of July or lower is once 3-4 years on average during last 75 years, since 2001 – it is registered for the first time. 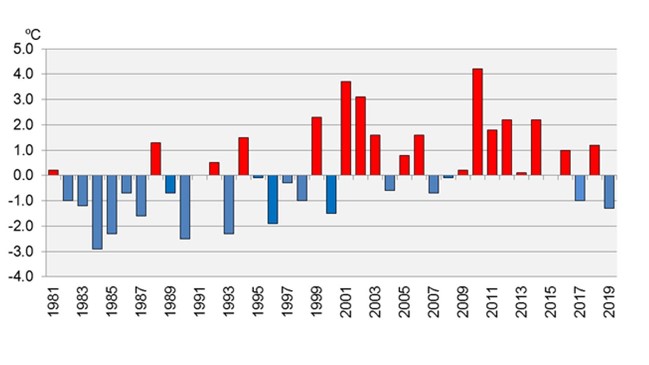 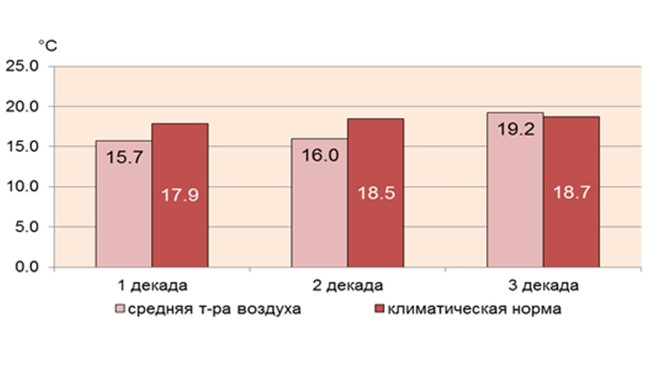 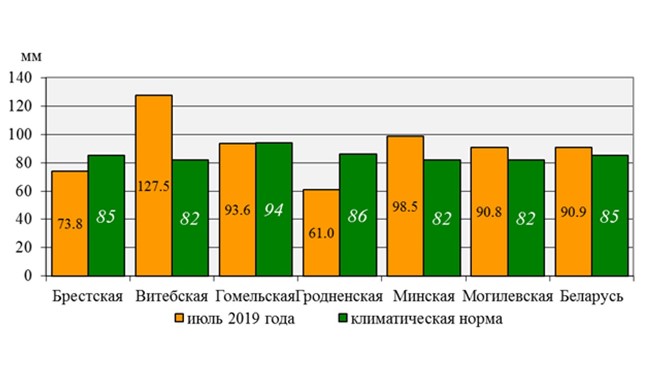