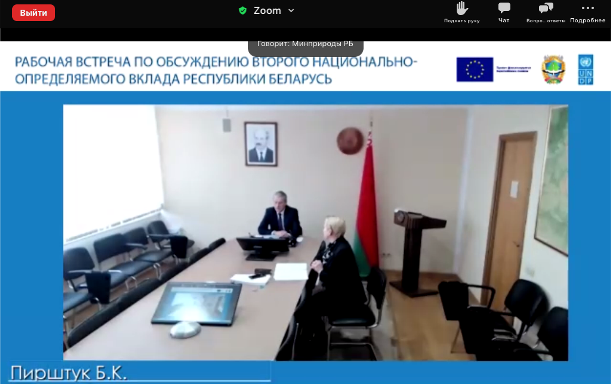 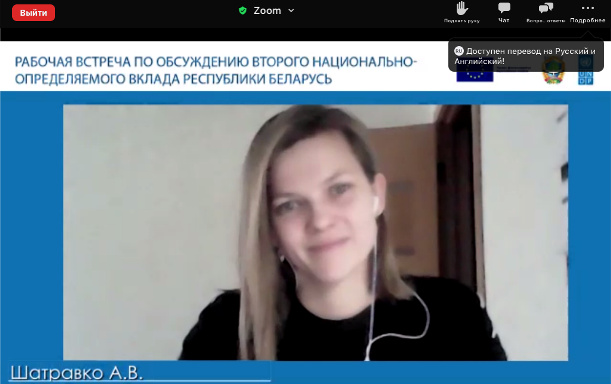 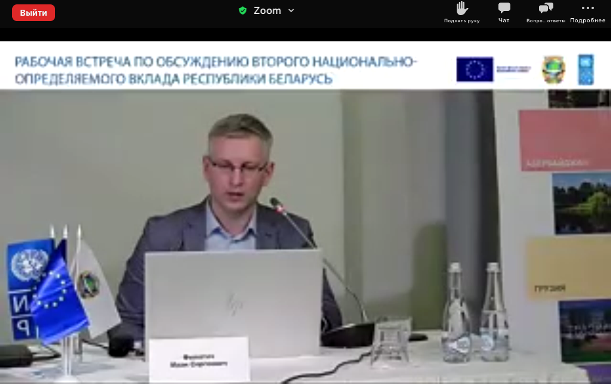 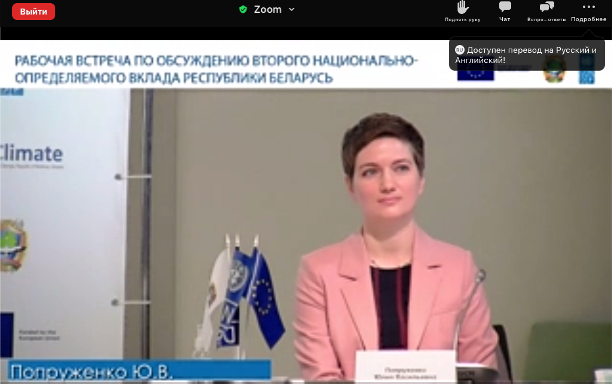 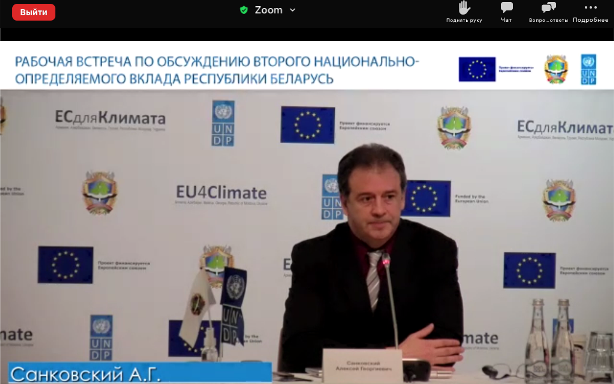 • representatives of republican government bodies, organizations;
• project partners.
From Belhydromet, as listeners, the following took part: the head and engineer-meteorologist of the 2nd category of the department for the study of climate change Natalia Klevets and Ekaterina Artimenya. 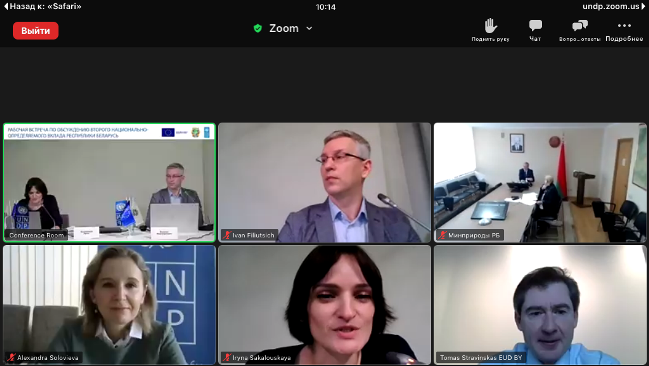 The meeting participants were assigned the following tasks:
1. Consider the national implementation of the norms of the Paris Agreement (hereinafter - PS);
2. To get acquainted with the work carried out to determine the Second NOV of the Republic of Belarus to reduce greenhouse gas emissions (hereinafter - GHG) until 2030;
3. To get acquainted with international experience in the preparation of NOV;
4. Determine the recommended indicator for the next NOV of the Republic of Belarus.
Climate change has become one of the most important challenges facing humanity in the 21st century. Currently, UNDP is implementing a regional project "EU for Climate", which aims to support the governments of six eastern EU partner countries: Armenia, Azerbaijan, Belarus, Georgia, the Republic of Moldova and Ukraine - in the fight against climate change, assistance in the implementation of the Paris Agreement by climate; improving climate policy and legislation. The EU for Climate Project is funded by the EU and implemented by UNDP in the participating countries.
The Ministry of Natural Resources and Environmental Protection of the Republic of Belarus is the national partner of the project in Belarus.
Updating the Nationally Determined Contribution under the Paris Agreement is one of the strategic directions of the project. During the implementation of the project, work was carried out to determine the Second Nationally Determined Contribution to reduce greenhouse gases in accordance with the international obligations of the Republic of Belarus to implement the UN Framework Convention on Climate Change and the Paris Agreement to the UN Framework Convention on Climate Change.
At the working meeting, representatives of the EU, UNDP, the Ministry of Natural Resources, ministries and subordinate organizations, public associations, non-governmental organizations, the scientific community, international and national experts on NOV considered the results of the work carried out to determine the second NOV of the Republic of Belarus until 2030, and also discussed technical and economic planning perspectives embedded in each of the CO2 reduction scenarios. The experts shared the results of the compilation of forecasts of greenhouse gas emissions, as well as a comparative analysis of the ambition of the proposed NOV with other countries.
In the near future, after the working meeting, it is planned to collegially agree on the second Nationally Determined Contribution, which will subsequently be submitted to the Secretariat of the United Nations Framework Convention on Climate Change.
The undp.org website provides information on the workshop described above.