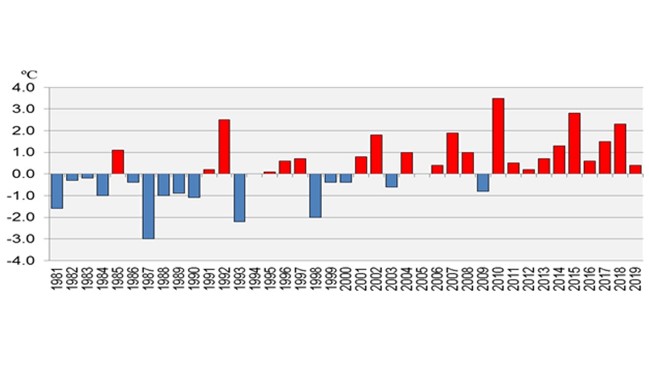 Temperature was irregular in August. First decade was 2,5ºС colder than usually. Such cold 1st decade is once every 8-10 years in most of the country excluding western regions, and once every 2-4 years – in Brest and Grodno regions.
Second decade was 0,7ºС warmer than usually. Third decade was the warmest (2,9ºС higher than decade normal on average across the country). Such warm weather is once every 12-18 years in Brest, Grodno and Mogilev regions and once every 5 years – in the remain area of Belarus.
Average air temperature of August and climate normal for decades 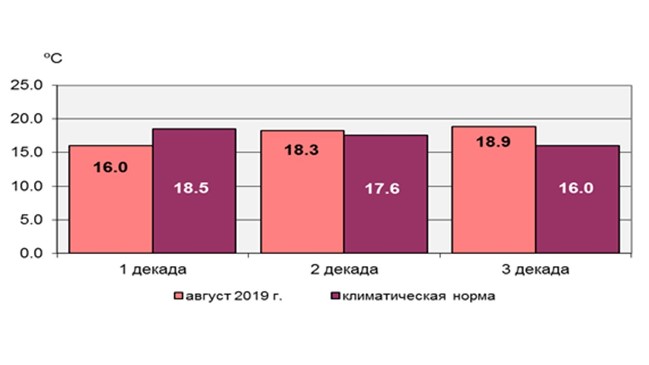 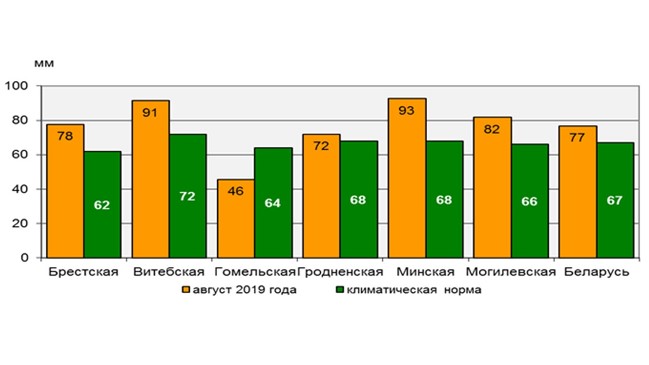 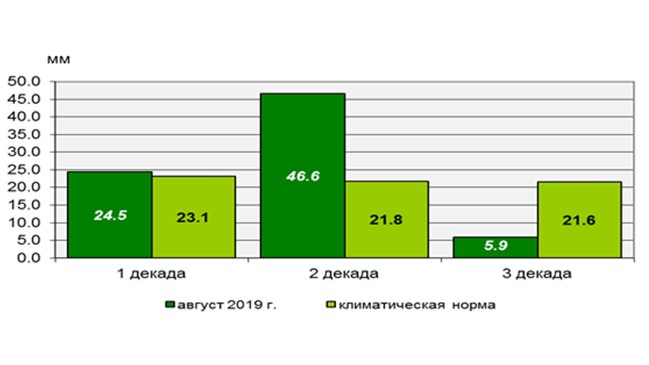